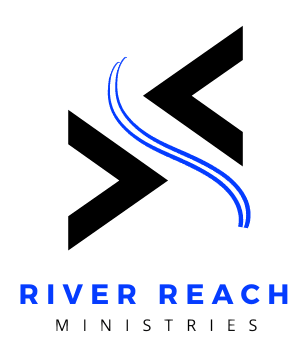 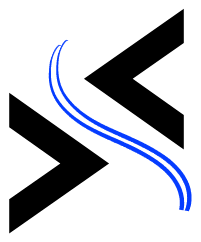 After almost thirty-five years of ministry together, Randy and Carol Speed have experienced God’s faithfulness personally and have witnessed mighty moves of God that resulted in many people being saved, healed and delivered through faith in Jesus Christ.

Within the first two months of Randy’s salvation experience at the age of 26, he led fifteen young teens in prayer to receive Jesus as Savior, and then mentored them until they went to college. In the subsequent years as youth pastors, Randy and Carol saw countless teenagers come into the saving knowledge of Jesus through a powerful and ongoing move of the Holy Spirit that brought regional transformation. In that season, Plano Texas had made national news as a result of the exorbitantly high suicide rate and pervasive heroin addiction. Randy and Carol mobilized those within their ministry to intercede into the night watches and to prayer walk schools and areas of oppression. They also started a group called “God Squad” and began leading many to Christ by taking the gospel to the streets.

In the Spring of 1998, God spoke to Randy and Carol independently of each other to start a church in Plano Texas, Carol’s home town. Believing that our walk with God should model the life of Jesus and His disciples, the Speeds founded The River Plano Church (originally River of Glory Church) on 8/8/98 based on that core value, and saw many people saved and  healed of various diseases and maladies, growing in faith, and experiencing the presence of God.

In the Fall of 2021, God impressed upon Randy, Carol, and their leadership team that He was doing a new thing, and, after much prayer, River Church closed on 12/31/22 to make way for a move of God beyond their region. On January 1, 2022, River Reach Ministries was birthed with an apostolic call to a broader outreach to come alongside pastors, leaders and influencers from various regions to assist in training and equipping the body of Christ to evangelize, raise up and activate intercessors, set up healing rooms, provide intimacy with God retreats, host “Pray With Fire!” events, and see regional transformation through encounters with Christ. 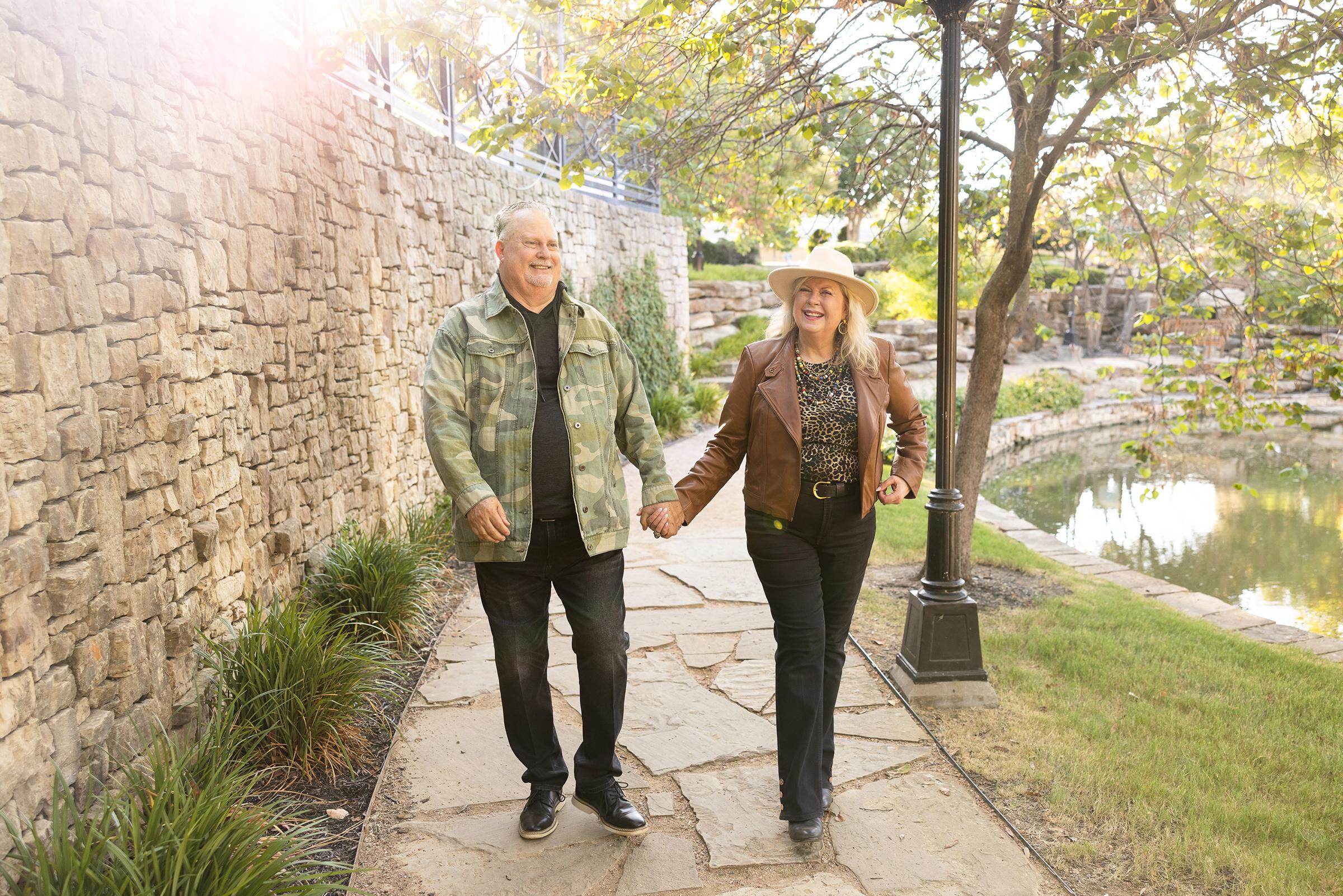 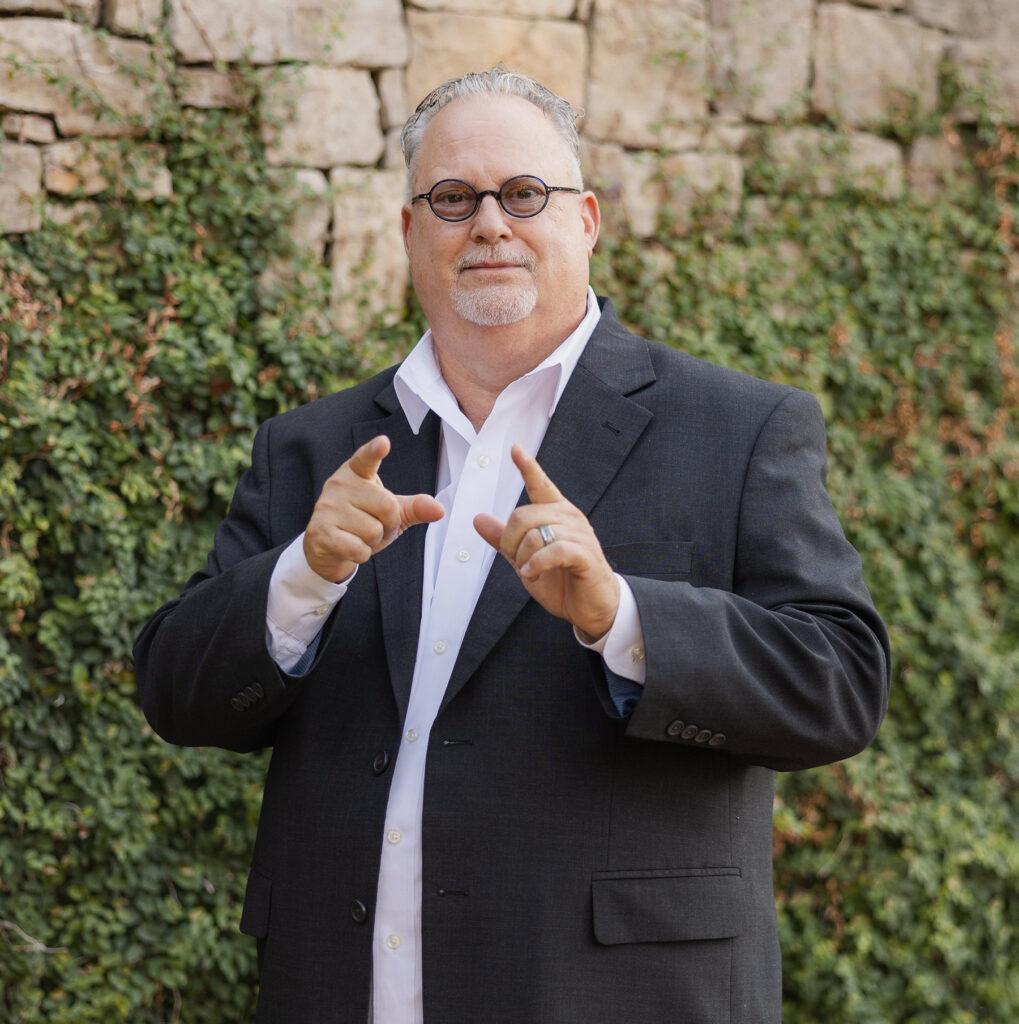 From the time Randy got radically saved at the age of twenty-six, he began voraciously studying the Bible in his hunger to know everything about Jesus. Early in his spiritual journey, Randy became a soul winning magnet for Christ. In the first couple of months after his salvation experience, not only did he lead multiple young teens to Jesus; he actually had a teen approach him at a local mall with the question, “What must I do to be saved?” Over the years, Randy has led thousands in prayer to receive Jesus Christ, humbly professing his awareness that it is a precious gift from God. Randy could be in a group of people and often know by perusing the crowd who was in need of salvation, and later he would approach whomever God revealed and lead them to Christ.

One reason for Randy’s passion for souls is that he grew up unchurched and God was not often mentioned in his family, yet when he would watch “Ben Hur” or “King of Kings” when they came on the television, he was always deeply emotionally touched, but didn’t know why. Outwardly Randy was fun loving, adventurous, and mischievous, a modern day Dennis the Menace, but on the inside he carried much pain due to several traumatic events in his life, including his beloved father’s heart condition that caused several heart attacks and hospitalizations. There was an ache in his heart, but he cannot recall a time when anyone explained the plan of salvation to him.

Then, Randy and Carol met at college in 1975  and married several months later. Passionately in love, they also passionately butted heads often. Carol had received Jesus in the Fall of ‘72 and was growing in faith but carrying a lot of baggage from her childhood and was spiritually immature. Soon they began to conflict over their lifestyle, but did not realize that the root problem was that Randy didn’t know God. He had supposed that since he lived in America, and believed that God existed, that he was a Christian. After several years, they sought counsel with a pastor at the suggestion of Randy’s father (who had gotten saved a few months earlier after reading a Bible that Carol gave him for Christmas). Randy received Jesus as Savior and Lord in that one counseling session, and was passionate that everyone he encountered would be told how to know Jesus.

Randy and Carol ministered from that point on, teaching teens on Sunday mornings and Wednesday nights. In their young thirties, Randy accepted the call of God on his life to pastor (Carol had received the same call at seventeen) and became a youth pastor for several years. In that season he and Carol experienced  strong move of God in their youth group and saw many salvations and miracles that impacted their region for Christ.  With time, God led them to start River of Glory Church (which became The River Church Plano) which he and Carol pastored for over twenty three years.

From her early years Carol had an awe of God and hungered to know Him. She sensed His presence in the sanctuary of the church she attended as a child, but also sensed Him when she went outside to play and when she said her prayers before bed. Carol often had impressions of His majestic throne in Heaven, and wanted to know more about Him. She prayed to receive Jesus as her Savior at that time.

Tragedy struck when Carol was twelve years old. Her daddy died from a heart attack, leaving her mother with few resources to raise Carol and her four younger siblings who were ages ten, five, four and one due in two months. Her family was devastated, and their trust in God was shattered as well. Carol and her siblings also lost their mom in a sense as she shifted from stay-at-home housewife to becoming the provider. The question on each family member’s heart was,”Why did God allow our husband/daddy to die? Those were dark years for Carol and her loved ones.

As a teenager, Carol spiraled as she searched for God through alternative religions, all demonically inspired, and eventually began anesthetizing her pain through partying.She had ceased believing that God even existed, even though she dearly wanted to believe. Often she would call out to Him in the midst of her heartache, but never hearing an audible voice answer back, she reasoned that there was no God.

In Fall of 1972, the Holy Spirit spoke to Carol in what she describes as “the internal audible voice” and conviction of her sinful lifestyle pierced her hardened heart. Being very rebellious at the time, she spoke out loud, “If You’re real, I’ll serve You, but if You’re not, I’m going to party and do whatever I want!” “I’m real,” He responded firmly, “Go and apologize to everyone you have had harsh words with.” “But THEY were wrong, not me!!!” Carol indignantly replied. “Obey Me!” He said. “This is not about them…this is about you!” The prodigal was at a crossroad, and in that moment, she chose Him. It was her senior year, and, swallowing her pride, she asked several classmates for their forgiveness. The favor of God fell upon Carol, and, desiring to change, she joined a spirit-filled group who met before school and was baptized in the Holy Spirit two weeks later.

Though Carol was now walking with God, there was struggle. She had expected to be perfect from the point of that radical encounter with God, but was still struggling in areas and deeply in need of deliverance. She went to several pastors for guidance, but the process of sanctification and the ministry of the Holy Spirit were not discussed. She related to the apostle Paul when he said, “Oh, wretched man that I am. I do the very thing that I hate.” In the midst of the struggle, God was honing. More and more as Carol studied the Word of God and submitted herself to His chastening, her identity in Christ brought freedom, peace and joy to replace the oppression that had stolen her identity in her youth.

Those early years of pain, confusion and lack of guidance birthed within Carol the desire to be there for others so that no one would have to feel as alone and bound as she had felt. For the past 35 years Carol has encouraged many people in the midst of their own crisis’ through prayer ministry, her online devotionals, Bible studies, and anointed public speaking. She has a call of God to lead people to Jesus and see them grow in Intimacy with Father God, Christ Jesus, and Holy Spirit. 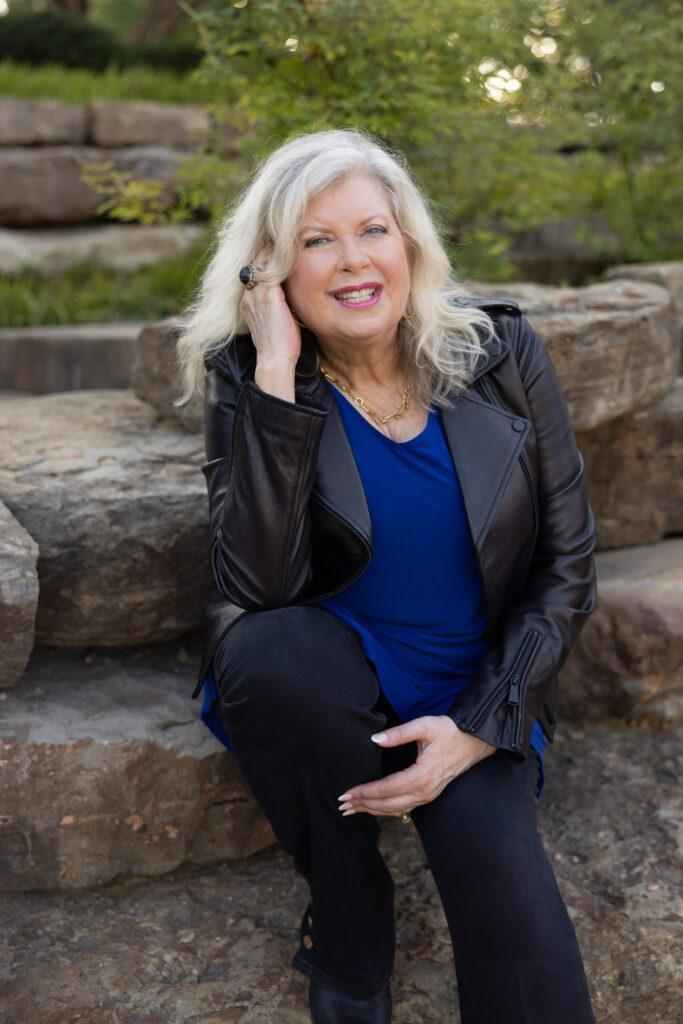